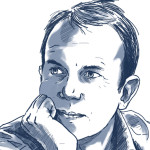 What is the Open Government Partnership (OGP) in 109 words?

OGP creates a platform for local reformers to make government more open. Government and civil society work together to develop and implement ambitious reforms around open government, making government more open and accountable, and to improve the responsiveness to and engagement with citizens. Since 2011, OGP has grown from 8 participating countries to now 63 – the last country to join was Tunisia. Results include a surge in open data platforms, big steps on fiscal transparency and beneficial openness in a range of countries and finally a Freedom of Information law in Brazil. There are three main steps: in the mechanism: open consultation, concrete, ambitious commitments and independent monitoring.

Denmarks achievements in the first round have been assessed by Mads Kæmsgaard Eberholst and his report is now online (English and Danish) and open for comments the next couple of weeks.
The results look pretty good compared to other countries. A substantial part of the commitments are actually met. Downside is the small ownership with government entities and the relative narrow set of issues addressed in the plan (tech focused). Also the actual partnership of government and civil society could still be strengthened quite a bit. The report does give good recommendations at the end.

This is a crucial period. With the launch of the report also comes the launch of the next consultation and negotiation for ambitious commitments. The next round needs to be better than the first for sure. Some suggestions on how to advocate around the report:
By commenting in public you can make a clear statement on what you agree with or not in the draft report. These comments will be posted alongside the final version of the report. You may also add additional information that, for whatever reasons, was not included in the report.
You can use the draft conclusions on the consultation process for the first NAP – to push your government for an improved process for the next Action Plan. A resource that can be helpful herein is the study on country experiences captured here. The IRM report will also include a useful checklist of the requirements for consultation in the OGP Articles of Governance.
You can use the draft conclusions on commitment delivery and priority setting to draft new commitments. Consulting the Open Government Guide can also be helpful in this.
You can use the draft report to start preparing your response for when the final IRM report is launched – press release, campaign etc.

In general, what is of key importance is that countries should take advantage of the release of their first IRM report to inform the development of their second Action Plan. Denmark has to submit a new draft Action Plan by April 30, discuss that at the European Regional Meeting (8/9 May Dublin) and upload the final version by June 15. That means the consultation needs to happen the next couple of months. This is the guidance that has been shared with your government – you can use it to advocate for real involvement

If you want more information about the IRM, have a look at the FAQ or contact the IRM program staff (they have an “open door” policy). If you want to know more about good press events surrounding the IRM and/or civil society responses to the report – get in touch with colleagues in South Africa  and the Philippines. Mexico, Norway, and Philippines are good examples of integrating the IRM into the next action planning cycle. Furthermore, key data of the IRM researchers will be released by the IRM team. You can find it here, including a data guide. There are plenty of open data geeks in the OGP community that can make a nicely visualised country overview and comparison out of these.

If interested, there is quite a bit of information on how other countries have done it, lessons learned from the first round, guidance on how to do consultation better. And there is a mailing list for the international civil society community around OGP.

In conclusion: the IRM is as strong as we make it. With strong input, convincing own monitoring efforts, and strategic campaigning around the report launch we can influence the strength of the second round of consultations and commitments!

Denmark’s achievements in the first round have been assessed by journalist Mads Kæmsgaard Eberholst and his report is now online (English and Danish) and you can read submitted comments here.

There is quite a bit of information on how other countries have done it, lessons learned from the first round, guidance on how to do consultation better. And there is a mailing list for the international civil society community around OGP.