On the day after the election to the European Parliament, a group of Danish data activist affiliated with Open Knowledge Denmark gathered to pore over the results. In addition to the election to the European Parliament, the Danish election included a referendum on joining the European Unitary Patent Court. One of our projects involved exploring a correlation between opposition to the patent court and the number of votes for parties advocating a “No” vote. The correlation was evident; at the polling locations where few had voted for a No party, few had voted No to joining the patent court – and vice versa. But one polling location with around 800 votes cast stood out. 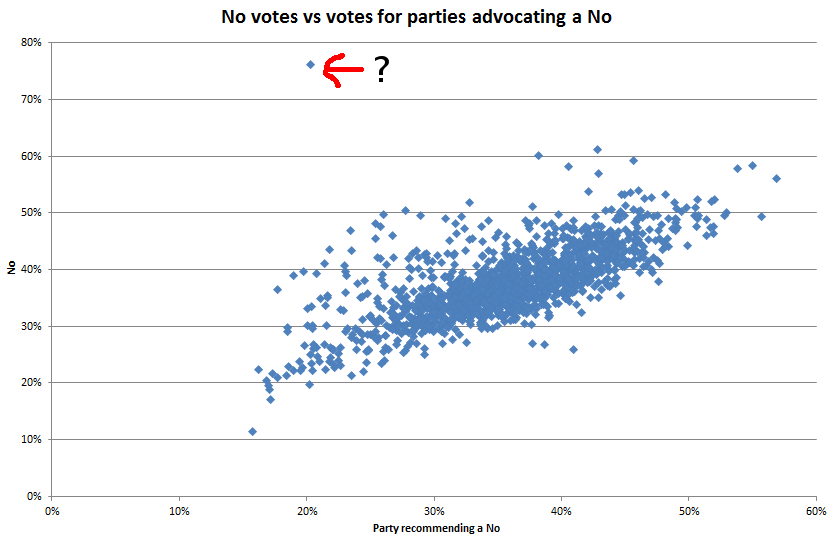 We shared our results on our blog and through Twitter, and reached out for a sensible explanation. Did the local community pull off a ferociously effective campaign? We also reached out to the authorities and asked whether they could confirm the result, and after a few hours, we got a call from the location’s election official. The official explained that, as a direct result of a human error, the Yes and No votes had been swapped at the location, turning Yes votes into No votes, and vice versa. They have reported the error, which will soon be officially amended.

Much of the media are interested in the story, and every time they ask us about it, we make sure to emphasize just how clear a case this makes for open electoral data. In this case, a human error was the cause; in other cases, open electoral data can be used to detect actual electoral fraud.

Data for the fundamental act of voting in a modern democracy are a textbook example of why data must be open. Electoral data are without a doubt of societal consequence and should always be open, easily and freely accessibly in machine-readable format, without delay and juridical restrictions. There are still inadequacies in the data available in Denmark. For instance, an excellent XML feed with electoral data is available, albeit with a level of detail insufficient for spotting errors like the one we found in our data workshop. (We relied on unofficial, scraped data.)

This particular error is of no consequence for the electoral result at large, but imagine a similar situation where access to data is not an option…

This blogpost was written by @nilleren and translated and edited by @pessimism.
This blogpost is licensed under CC-BY a Creative Commons Attribution 4.0 International License.